How can Michigan workers be pro-active in keeping a job?

Michigan is shedding jobs these days like a dog sheds hair.  Every week that big brush goes through the economy and takes more jobs with it.  I'm sure this next week will be no exception.

For those still working, is there a way to be proactive in maintaining your job or in networking to find another one?

The web industry and its penchant for creating community and for networking might provide some clues.

In his blog Web Strategy by Jeremiah, Jeremiah Owyang, gives solid tips to web professionals to may be working in shaky situations and who may be at risk.  Can his suggestions be transferred to rust belt states like Michigan?

Gov. Jennifer Granholm is preparing an executive order cutting between $120 million to $150 million from the state budget.  It's because of declining revenues.  Details of the cuts will come next week, according to the Detroit Free Press.

Would a Michigan mayor ever buy Toyota's to use in the city's fleet?

Would a Michigan mayor ever do like Indianapolis Mayor Greg Ballard and replace American cars in the city's fleet with Toyota Camrys?  Ballard bought 85 of the imported hybrids because his administration said they were a better deal, according to the Indianapolis Star.

Just a sidenote:  They picked the Camry over the Chevy Malibu.

Is Indianapolis a model for changing from a manufacturing-based economy to service-based?

In Michigan, legislators for years have been talking about transitioning the state's economy from manufacturing-based jobs to those in the service sector.

Apparently, the city of Indianapolis has been successful in doing that with an effort that started more than two decades ago, according to a story this morning in the Indianapolis Star:

This recession marks the first serious test at weathering a downturn for Indianapolis' newfound economy since offices replaced factories as the city's leading employer two decades ago.

Although the national economy officially has been in recession for a year, the Indianapolis area still appears solid, reporting a record number of jobs in October.

Here's the only picture I have of my father and me 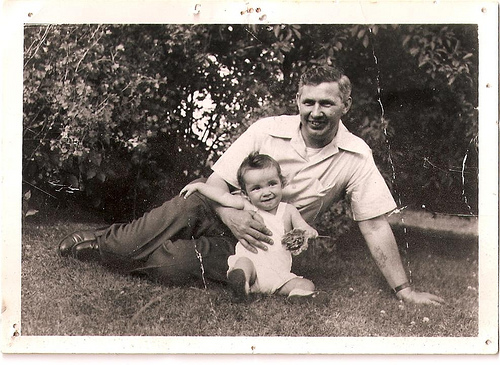 This is my father and myself in our backyard on the westside of Bay City.  When I was 18 months old, he deserted my mother and me.  The year was 1948.  He never wrote, never called and never made any effort to support us.  When I was in my late twenties, I found him.  He totally rejected and disowned me.  Did that leave a scar?  You bet.  I have forgiven him through the power of Jesus Christ which was given to me by His death and resurrection.  Because I'm forgiven, I can forgive him.  I've known love without condition.  I don't think he ever felt or accepted it when it was given.  Too bad.

With the uncertain future of the automobile industry, these are uncertain and scary times in Michigan and most other places. Singer Derek Webb shares an important reminder as we all continue looking for a rescue from Washington.

Using my Flip video camera while walking around the U.S. Capitol 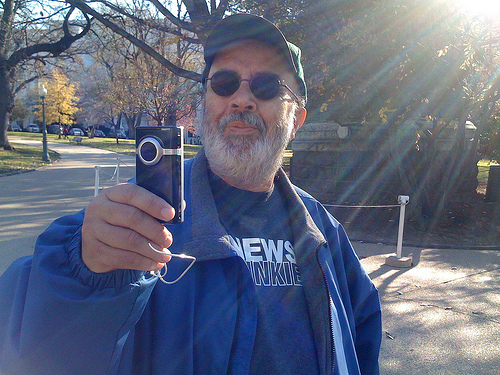 Walking around the U.S. Capitol on a warm Saturday 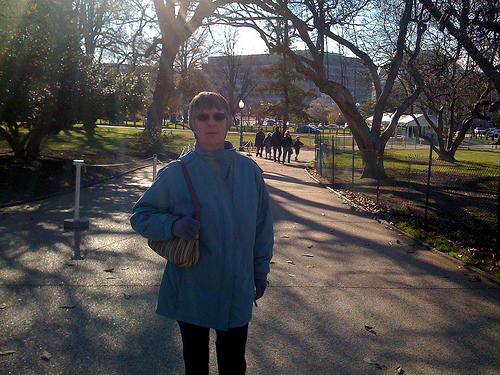 Getting ready for Inauguration at the U.S. Capitol

It was a beautiful day to walk around the U.S. Capitol building to look at the platform where President-elect Barack Obama will take the oath of office.  There were hundreds of people and lots of buzz about what will take place on Jan. 20.

Bullet-point memories from our trip to Washington, D.C. for Thanksgiving 2008

These are some of my memories of our trip to Washington, D.C. to spend Thanksgiving 2008 with our son, Justin:

The best part was being with our son, Justin, and becoming better acquainted with his friends and seeing life through his eyes.