Does your teenager think he or she will die young?

That seems to be the question after the results of a new study were published showing that nearly 15% of teens thought they would die young, according to a story in the Detroit Free Press.

Study authors say that contradicts the notion that teens engage in risky behavior because they feel invulnerability because of their age. They actually feel fatalistic.

Lots of teens don't see hope for the future. Can that be affected by family? The church? Lack of a father in the family?

Pastor David Maier of Our Savior Lutheran Church on the southwest edge of the Lansing (MI) area blogs and Twitters.  He's trying to use these two social media tools to supplement is face-to-face interaction with his parish and to add extended church family through the web.

His church and it's day school are situated in the heart of mid-Michigan, an area that's struggling to repurpose and re-vision itself with its faltering economy.  He knows personally the storms that come in life as a lymphoma survivor and as a dad of a teenage son who had brain cancer.

As a babyboomer who was not weaned on a computer, he's trying to thread his way through the challenges of using social media as a way to share his obsession for the hope in the gospel of Jesus Christ.

You are invited to visit him on the web.  His Twitter address:  bigskymaverick and his blog is Fighting Forward. 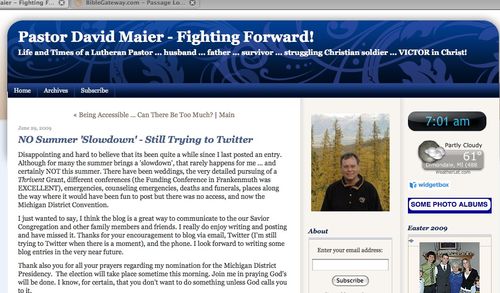 What it's like to meet God in mid-Michigan or any other place?

Have you tried to imagine what it would be like to go into the visual presence of God?

This morning during my quiet time, I read the devotion from Our Daily Bread based on Isaiah 6:1-8 where the prophet goes into the throne room of the Almighty God.

Can you imagine what that was like? What he saw? Then there's the question that God asked Isaiah. Is he asking me the same question today?

“Whom should I send as a messenger to this people? Who will go for us?”

Will I have the same answer as Isaiah and mean it?

Some pics from our tour of Lelanau Peninsula (MI) wineries

I will have more to share about our weekend tour of five wineries in Michigan's Leelanau Peninsula.  In the meantime, as I gather my notes and my thoughts, here are some random pics from the trip: 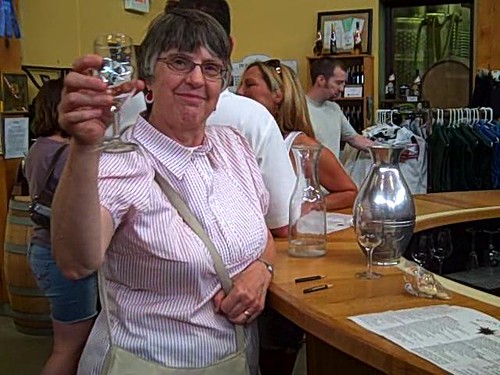 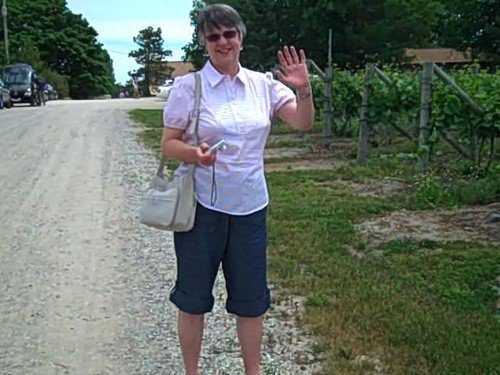 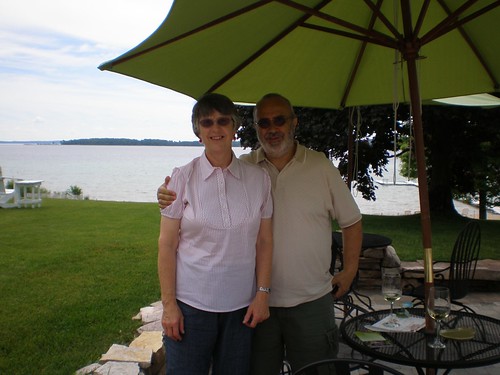 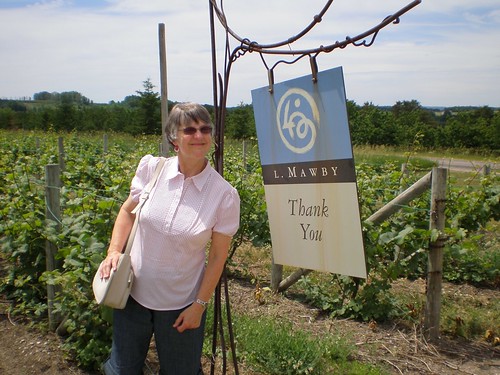 Just to keep Averill Woods neighbors informed, here's the story from the Lansing State Journal this morning about apparent shots fired at Waverly Shopping Plaza in the 3200 block of Waverly. 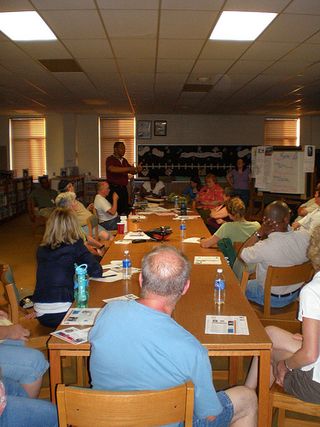 neighbors and city officials came together after a shooting at Averill School last Sunday.

We left with assurances from the meeting attended by more than 30 people that the Lansing Police Department will enforce "zero tolerance" laws on illegals actions committed at the Averill Woods playground.  This includes individuals, both minors and adults, who are found on school property after 10 p.m. at night.

Council-member A'Lynne Robinson at the direction of her neighbors who are also her constituents released a media advisory declaring the emphasis on the "zero tolerance" policy.  She said:

" The Averill Woods Neighborhood Association held their monthly  neighborhood meeting last night at Averill School.   This very active community group is taking a stand against the negative forces that are attempting to encroach upon their family oriented, children friendly neighborhood.

"The association has asked LPD to enforce the ZERO Tolerance/School ZONE area around the school.

"They are working to increase the lighting on the basketball court. They also stressed the fact that fines for crimes are doubled in school zones.

"They will also be working with the prosecutor and city attorney's office  to develop and submit a neighborhood impact statement.

As actions develop, I will try to report them in this blog.

In this portion, Lansing School Board member Ken Jones provided his provided background to what has been done and what to expect in the future.

In this portion, At-large Council-member Carol Wood provided her insights and leadership on how to deal with the school yard being used for mischief and trouble.  Especially valuable was her leadership in helping to develop a plan to reinforce the schools position as a zero tolerance zone for illegal behaviors.  She also helped gain a commitment from the LPD to enforce that designation.

In this portion, Council-member Robinson who represents our area provided information about past efforts to deal with the problem.  She also volunteered to provide leadership to help develop and implement a strategy to deal with those who hang out in the school yard after hours and into the early morning.

(PLEASE NOTE:  This is segment one of the video.  I will continue loading segements over the next day)

Details of the shooting were provided and movement was made towards the adoption of a strategic plan to add security measures to the elementary magnet school on Averill Drive.

I used my little Flip video camera  to record LPD's Captain Teresa Szymanski as she explained the shooting, gave advice to how the neighborhood should view this incident and answered questions.

I have uploaded several segments to YouTube and I will upload the remainder over the next day or two.  Here's the start.  Your questions and comments are welcomed.

For my Kindle 2: Just bought Chris Matthews "Life Is A Campaign"

During a chat this morning, my son Justin who lives on Capitol Hill in Washington, D.C. recommended Chris Matthews new book "Life Is a Campaign."

From his description is sounds like Matthews shares what he's learned during his career as a political staffer and as a television reporter.

Lots of the stuff that's getting gunked up in the U.S. Congress and in state legislatures around the country could be resolved if our public servants had better relationships with each other.  It sounds like this book may shed some light on that.

Has anybody out there read it yet?  Thoughts?

According to ashort Detroit Free Press story, GM has picked a Orion Township plant in the Detroit area to build its new subcompact.

Does anybody have details about the tax breaks that had to be given by the state and others?

PLEASE NOTE:  This is cross-posted at the blog "Southwest Lansing (MI) and my neighborhood."

The Averill Woods Neighborhood Association will meet at 7 p.m. tonight, Thursday, June 25 to discuss last Sunday night's shooting at or near Averill School where a fight between two young men resulted in one receiving a non-fatal shot to the face.

Representatives from the Lansing Police Department, Lansing Parks and Recreation, Lansing Public School District along with local officials have been invited to the meeting.  These include Mayor Virg Bernero, third ward Council-member A'Lynne Robinson and Lansing Schools Deputy Superintendent Jim Davis have been invited.

The basketball courts and playground behind the school has been an area of neighborhood concern especially after a shooting last summer and the shooting this past Sunday.

All neighborhood residents are invited to attend.  Entrance to the meeting which will be held in the school library will be at the back of the school.

The answer to storms that come in life

Steve Steitz, a deacon-in-training at Christ The King Anglican Church in DeWitt (MI), knows how quickly the quality of one's life can change.  In a day, he went from being a thirty-something healthy and fun-loving father of four children to a mass of immoblizing pain.

In his first sermon yesterday at Christ The King Anglican Church in DeWitt (MI), he talks about that experience and how it relates to the text he taught on from Mark 4 where Jesus calms the storm when he's on the lake in a small boat with his disciples.

The message was made all the more powerful by the reality of today's economy in Michigan where people are without jobs and healthcare.

Here's the video segment where he talks about being diagnosed with dystonia.  It was taken with a small Flip video camera. The sound quality can be enhanced by listening with earbuds or a headset.  You can also listen to the audio version on the church website.

Delphi's salaried retirees could get their pensions cut

Michigan autoworkers are bracing for another hit.

This time it's the salaried retirees from the Delphi Corp., the parts supplier to GM, that will take an almost direct hit by having their pensions taken over by the federal government.

This story from mlive.com outlines how as early as next month the federal bankruptcy court could move pension responsibilities for Delphi salaried workers to the federal Pension Benefit Guaranty Corp

The result is that some pensions could be cut dramatically.

The thoughts about today being Father's Day and yesterday being our 28th Wedding Anniversary should be profound and pithy.  They represent two events that totally changed my life.

But, looking out my living room window on an early summer Sunday I'm still waking up and the most profound thing in my mind at this moment is the cup of coffee on the end table next to me.

It's hard for me to put into words what being a father means to me.

Pure and simple, it's the best job I've ever had and I've had a bunch of neat jobs.  God blessed me beyond what I deserved and beyond what I could ever imagine by letting me be a father to my daughter Krista and my son Justin.  Being able to play a role in their birth and their growth has totally reshaped by view about what is important in life.

Our son, Justin Thorp, is in SanFrancisco this week and last night, he shared with two hundred plus tecno geeks from the area about his company, Clearspring, and their products to share information on the web.

I've shared before on this blog videos where Justin presents.  This is one more and it helps those who might not plug into what a widget is and its importance.  I do have a daughter.  If you use, the search engine on this blog you'll find a full archive of posts about her.  She's great.  I could go on and on about her too.