We caught this backyard thief with our Flip video

We've had a blast watching our backyard birds on our Droll Yankee Tipper bird feeder which is supposed to be squirrel-proof.  And for the most part it has been with the exception of this little guy with his keen ability to hang onto the trellis near the feed and reach over to the feeder.  I guess we either have to move the trellis or the feeder.

Canadians are flocking to Detroit for healthcare

Read this story from today's Detroit Free Press about Canadians coming to this country for health care procedures, then share your opinion about how our federal government will make health care better in this country.

This story says that Canadians go to Detroit for all kinds of heart care, procedures that he take for granted here.  I know people who have been diagnosed with a need for an angioplasty in the morning and then have one that very afternoon.

They come to Detroit for all kinds of imaging tests.  Just think of friends, relatives or co-workers who needed an MRI and got it pretty much right then.  Not in Canada.

They come for cancer treatment.  Who doesn't know somebody who has had cancer and gotten treatment?

I know that our system is far from perfect, but it's a whole lot better than what exists in Canada.  Do I trust our federal government to make our system better?  One word--no?

The state of Calfornia, according to the Wall Street Journal, has turned down Michigan's offer to house an overflow of its prisoners in our state's soon-to-be-shuttered prison in Standish.

Michigan's Department of Corrections apparently was asking too much to house California's prisoners and could find a better deal in other states.

What does this mean for the federal government's interest in using the Standish prison to house Guantanamo prisoners who are being held for their role or suspected role in terrorist activities?

LINKS: Background about a part-time legislature for Michigan

Michigan has one of the few full-time legislatures in the country.  What do taxpayers get as a return on their investment in 148 politicians who get almost $100,000 each per year and full benefits?  That question needs to be asked and should be answered.  Here's a blog post with some helpful links.

Read this Detroit News story about downtown Detroit and weep

I remember when downtown Detroit was pulsing with life and was a center of business in the state of Michigan and also the center for auto manufacturing in the world.

Look at it today as outlined in a Detroit News article and the list of 48 vacant buildings in the downtown.

Can this be reversed?

What would it take?

Any examples in this country where a downtown area has turned around?

Michigan losing cops and firefighters because of state budget cuts

Because of fiddling with the state budget in the state legislature, Michigan communities are losing police officers and firefighters.  How?

A chunk of the taxes that you pay are sent to Lansing where a brokerage fee is taken out and then sent back to the local units of government which use these state revenue sharing funds to pay for police and fire protection.

With the dramatic shortages in the state budget, the state hasn't been able to pay its promised share of this program which means that local units will have to make cuts.

Add to this a state law which says that because police and firefighters can't strike over labor contract issues that pay issues must be settled by binding arbitration.  Whatever an independent arbitrator develops as a final settlement, it must be paid regardless of a community's ability to pay.

Read this Detroit Free Press column by Taylor Mayor Cameron Priebe on why you need to set your state lawmker down and get some answers.  It's a problem that will only mushroom and will affect residents right where they live.

How important are the Detroit Lions to attitude in Michigan?

The attitude in Michigan right now is miserable on its best day.  Hope is getting ready to pack-up and move to Florida or some other warm weather state where there's hope of a job and a future that's not dependent on a failing auto industry.

Our state's offering in the NFL arena-the Detroit Lions-has almost always been in the losing column when the season ends.  Last year, it lost every game.  Their performance just seemed to mirror the attitude of the state that Michigan is for losers.

What is the Lions win this year?  What would that mean to our state?  Would it be a harbinger of what can happen in the whole state?

Check out Drew Sharp, a sports columnist in the Detroit Free Press who writes about the Lions' first game this year which they won.  Could this be their year?

Have you seen any silver carp in Lake Michigan?

This article from today's Detroit Free Press about silver carp moving from the Chicago area to Lake Michigan is scary.  Once they enter the Great Lakes, these huge fish which grow to 100 pounds compete for food with other species which they eventually push out.

Check out the YouTube video linked to the story and watch how they jump out of the water and threaten boaters, fishermen and operators of personal watercraft.

I wonder if the Michigan Legislature is ready to add another big problem to their list.


They don't seem like professional, paid agitators to me.  Read this story in today's Detroit Free Press about our congressional delegation holding townhalls about President Obama's plans to overhaul our healthcare system.

Despite what advocates say, the protesters are just ordinary Michigan folks who haven't been sold on moving our healthcare system down the road to socialized medicine.  They're not sold.

Such enthusiastic protest has been vigorously practiced by Democrats over the past several decades.  They have shouted down speakers and disrupted meetings too numerous to count.

It's just democracy at work.  Sometimes it's messy and not polite and respectful.

How would U.S. Rep. Sheila Jackson Lee score as a listener to her constituents?

Check out this video of U.S. Rep. Sheila Jackson Lee of Texas during a townhall on healthcare and share your impression about how well she's listening to her constituent, a cancer survivor.

Set aside all the issues surrounding the debate about the issue and listen to the constituent trying to share her thoughts with her member of Congress and then watch Jackson Lee as she talks on the cellphone.

The question of the day:  Does U.S. Rep. Sheila Jackson Lee care about the people she represents?  How would Michigan's congressional delegation score as listeners?  Who's the best?  The worst?

Do we need more evidence that Michigan should have a part-time legislature?

Watch this video from the Mackinac Center in Midland and then think about whether Michigan needs to continue having a full-time legislature where each member gets a fat paycheck with the best benefits, a big office along with a big staff.

In this video, State Rep. Fred W Durhal, D-Detroit, describes his bill to help political candidates who are found in violation of Michigan campaign finance law and who are then fined.

To keep these candidates out of legal trouble, Durhal introduced a bill-HB 4713-to allow lawmakers to set-up an installment plan to pay the fines.

Again, watch the video and think about what he's asking for and then share your response. Have we created a protected class of people-the political class?

Is it time for a part-time state legislature?

Our overnight at The Lodge at Oak Pointe B &B in Caseville, MI 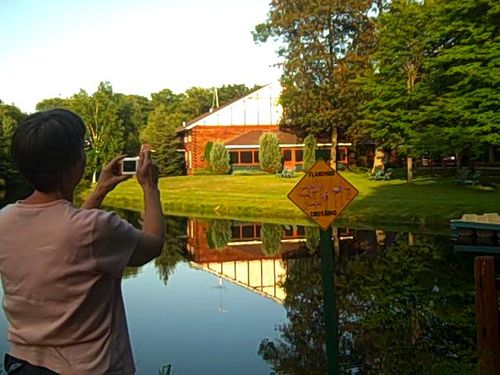 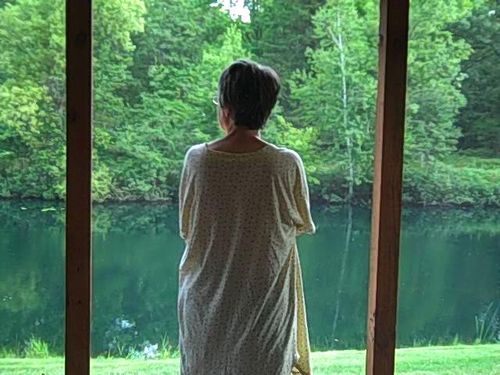 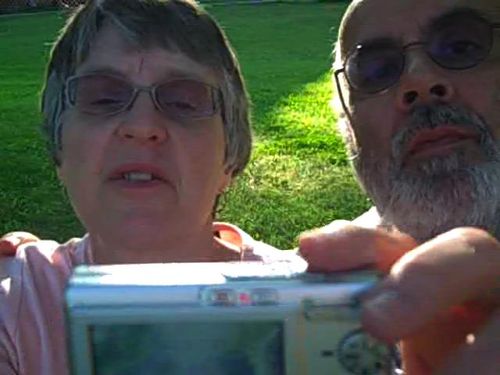 Interested in Michigan wine?  If you're a wine-drinker then you should be.  They are starting to be recognized as competitors to other wine-producing states.

To follow Michigan wines, check out this blog, "Mich Wine."

Michigan should change its nickname to the "Blueberry State"

Did you know that Michigan is the number one blueberry producing state in the country?  This year's crop is expected to be around 92 million pounds, according to this morning's Detroit News.

Changing Michigan's nickname?  Going from the automobile state to the blueberry state?  It could work.

Flint (MI) has a new mayor, Dayne Walling, and the question will be answered whether a fresh political face will make a difference for one of our state's most troubled cities.

UPDATE:  Walling beat his opponent Brenda Clack handlily, according to the Flint Journal.

How much difference does a mayor make in helping a city to find an achievable vision after falling from its position as an economic engine for the state?

He's a community activist who was born and raised in Flint.

I admit that "I sang along with Mitch (Miller)"

I forgot about the times during the early sixties when it was common for television watchers to interact with a program.  In a  blog post, Jennifer Gavin of the Library of Congress reminded me of the old program "Sing Along With Mitch."

Usually everything would stop in our house or wherever we were visiting when his program started.  He and his singers invited viewers to sing along with songs that most everybody either knew or could sing.

The Library has 300 reels of the show. I wonder when they will share them online.

By the way, Jennifer Gavin used to be a reporter at the State Capitol in Lansing for Associated Press several years ago.

Tags: library of congress, sing along with mitch, television

New website: "Help For My Life" from Radio Bible Class

This--www.helpformylife.org--looks like a website with potential to help people sort out practical problems, as well as gut-wrenching dilemmas like Addictions, Faith in Crisis, Relationships and Mental Health.  It's from Radio Bible Class and it appears to be developed with the user in mind.  I will be checking it out.  I'd be interested in opinions.

Is raising tax on Michigan beer and cigarettes the answer?

As Michigan's state treasury gets emptier and emptier, our legislature is looking at raising the tax on the sale of beer and on cigarettes?

In this story, Booth Newspapers on mLive writes about the pros and the cons and whether it will make any serious dent in the state's finances.

Is it getting down to the point where state lawmakers and state residents have to accept that state government will be able to do less?

Do Michigan lawmakers have the courage to accept that?

These statistics about Facebook take my breath away:
They are from Brian Solis' blog PR 2.0-The Future of Communication starts here.

These numbers and the others on the post show the huge power of Facebooking.

Is Michigan edging California out as a great wine state?

The auto industry in Michigan has taken a big dive and we have the unemployment numbers to show for it.

Did you know that today will be the Michigan Wine Competition at Michigan State University where 390 wines from 42 wineries will be judged.

Could wine be more of a job producer for the state?