What do you do when you struggle with your personal identity?

For me, I let myself be defined all my life by having a father who abandoned me and my mother and never came back.  I never even got a hello from him or any kind of acknowledgement ever.  That became a big part of my core identity and greatly affected the way I viewed myself.

Last September, I heard Jeff Manion of Ada Bible Church just down the road from us give a sermon about personal identity.  It helped me reset my internal compass.  Click here for a video link to what he said: 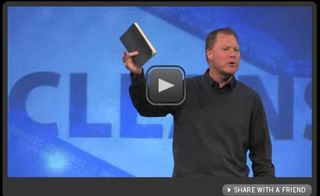 Is this the same Angelina Jolie that was in the movie Pushing Tin?

I just got an email with a link to a story about Angelina Jolie's movie where she will debut as the write and director. It's about the Balkan War which took place in the late nineties and forever changed countries like Bosnia.

This NPR online story is gripping with its reality and the fact that this happened in Eastern Europe.  I am also sobered by the fact that my daughter, son-in-law and grandson live there.

This movie--In The Land of Blood and Honey--sounds like a must see.  Read the story about Jolie's efforts.  I'm impressed.  Is this the same actress who appeared topless in Pushing Tin with John Cusack?  Her new effort sounds pretty serious.  I can't wait to learn more.

What are the consequences for us when politicians don't tell the truth?

How many of you just assume that a politician is going to lie and not tell you the truth at some point?

It's just assumed that politics and lying go hand in hand.  The two words seem to be synonyms.  Their efforts at untruth will run the continuum from just shading a fact to their favor to an outright lie.  Does anybody who is not in politics disagree with this statement?

What are the consequences for us as citizens when politicians and their statements are allowed to go unchecked and unchallenged? 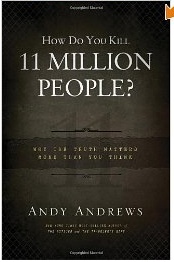 There's a new book--How Do You Kill 11 Million People?: Why the Truth Matters More Than You Think by Andy Andrews--that raises these questions for us during a transition time in our history where politicians dominate everything we do.  Their unchecked and unchallenged words have never had more potential for good or for harm.

As you watch CNN today or read news on the web and see what our political leaders are saying, ask yourself how you know what they are saying is the truth?  What can you do when you're not sure or when you know it's an outright lie or it's a fact that's shaded and turned?

Both parties and their partisans engage in these actions where the truth is played with or ignored.

This guy from North Carolina helps me get my mojo back

For me, it has been hard to sift through all of the stuff happening in modern-day life and in our culture. I found my enthusiasm for the future slipping away drip by drip by drip.  This guy from North Carolina has helped me reset my compass to the true north. My son-in-law is from North Carolina and he's a pastor and a pretty neat guy.  But this is a different fellow.  Watch this short video clip where he lays it out clearly.  Thank-you God for Billy Graham.

Last night we went to see the Descendants at Celebration Theater in Lansing totally on word-of-mouth. That recommendation was from my son Justin who went with his wife Lauren on Friday night.

My reaction:  First, thing I noticed was that the theater where this movie was shown was packed mainly with folks who looked to be over sixty, some more so than others.  Lots of women were there who seemed to be drawn by George Clooney.  Second thing was the price of a cup of coffee at the theater which was $2.75.

As one who watched Clooney on ER back in the day when he was the young stud, I had very low expectations for this movie.  But as the movie started and as the story unfoled I found myself being drawn in by incredible acting with the amazing backdrop of Hawaii where Clooney plays a dad who was facing the death of his wife and the prospects of raising to young daughters, one a teenager and another approaching that point.  And he was rich.

He had let his relationship with his wife become stagnant through lack of attention and he had taken a backseat in his role as a dad.  All of a sudden this dad with millions of bucks and living in paradise was facing his own form of hell.

His wife who was laying in coma in a hospital bed after a boating accident had an affair with a real estate type was found to have chinks in her armor.  And Clooney's character had to face and deal with all this himself, with his daughters and friends.

I know it sounds like the plot seeds for a cheesy show involving a country singer, but this really worked. It was a story that transformed the theater into a real time look at this broken family's life.

Academy Award potential?  I bet it gets more than one.  It was worth the seven bucks a ticket we spent on New Year's Eve.  Good story.  The acting was great.  I'd watch it again on DVD.