How are you or a loved one dealing with having glaucoma? 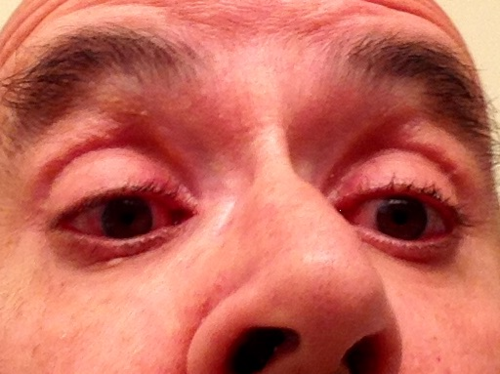 My chronic open angle glaucoma is getting more complicated to deal with.

I'm happy that I didn't  have to have implant surgery on my right eye this morning.  The ophthalmoligist was going to implant a tube in that eye to help with draining fluid that raises the pressure in both eyes.  At the end of the tunnel, instead of finding light I could be staring at greatly reduced vision and blindness.

Late last week at a pre-op appointment, my eye pressure went down and the doctor suggested cancelling the surgery.  Meanwhile, I will go back more frequently for pressure checks.

My right eye and its problems have turned into an epic where there's drama with an imminent threat that arises for awhile and then hides behind the bushes.

It all started with a diagnosis of cataracts at a younger age with surgery to replace my clouded over lenses with implants.  Seven years ago, one of those lenses fell inside my eye.  It had to be replaced and repositioned.  That was good for a few years and then it happened four more time.  In between, I had a retina detachment.

Now I'm facing the next chapter with one doctor saying that I had lost optic nerve and peripheral vision in the past year.  I've been to a variety of specialists who have tried to determine why the disease is worsening.

My challenge is decipering all the findings to determine what to do next.  I don't have one ophthalmologist who helps as a quarterback to lead me through the minefield of potential problems, as well as opportunities.

How about others with glaucoma, especially baby-boomers, especially those with more complications from the disease?  Are you left to figure out complicated diagnoses and treatments from a variety of sources by yourself?

THROWBACK THURSDAY: Drinking my morning coffee at a shop in central Paris 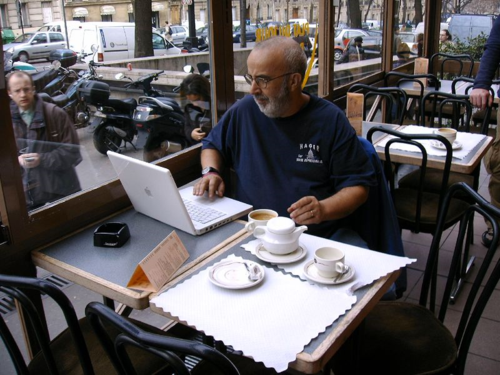 Drinking my morning coffee in central Paris after flying in from West Africa.

While cleaning out my digital files, I found this picture taken several years ago of me having coffee at a shop by the Arch of Triumph on the Champs-Elysees if my memory is correct.  I had just flown all night and was trying to enjoy some peace and quiet while watching the web.

Looking at recent news maps,  it appears to be close to the recent fracas in Paris involving the satirical magazine.

I vividly remember all the traffic and the attitude of the French who we met.  They must have seen themselves as tall people.  It seemed like they were looking down on us because we were Americans.

This is how I want my grandkids to remember me 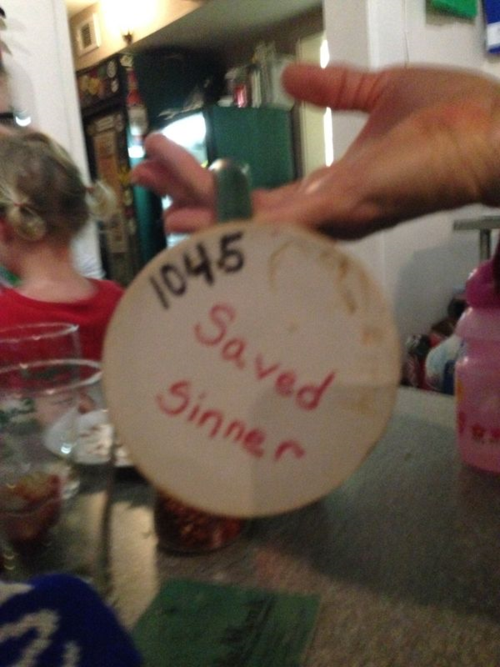 If you go into Eagle Monk craft brewery on the southwest side of Lansing, you will find my beer mug on the ceiling. My name is on the bottom.

For my wife and me, this past year has been the "year of family."  We saw a lot of our adult kids who live in different parts of the world and United States and we had a chance to exercise our wings as grandparents.  They range in age from four to six months.

My four-year-old grandson Xavier absorbs everything said and done.  He and I last month took a bottle of dietCoke to our driveway and we put three Mentos in it.  His eyes opened wide when it shot up in the air more than 20 feet.  Will he remember that?

His two-year-old sister Gretchen is just starting to talk.  I had many conversations with her.  She can count to 10.  My six-month old grandson Miles is taking it all in too.  You can see his little mind processing everything that happens around him.

This brings me to the question of how do I want them to remember me?

Do I want them to remember me for all the neat places I've been to?  Cuba while it was still closed to Americans?  Deep into the heart of Bamako, Mali which is under threat from extremists?  Haiti after the earthquake?  West Berlin when it was still under the thumb of the communists?

I could point to some jobs I've had and to some interesting and famous people I've met and worked with.

I've thought about it and it's none of those.  As I look over my shoulder at my life, I see my overwhelming need to be close to God.  And I see my sin and how it prevents that from happening.  It has taken me awhile to start really absorbing what Jesus Christ did for me and everybody else when he came to earth, died, rose from the dead and went back into heaven.

He saved me.  I can now have that relationship.  Jesus has made me perfect in God's eyes.  While on earth I'm still under construction.  I'm a  Saved Sinner.  That's the only real worth that I have.  That's my identity and that's how I want my grandkids to remember me.  Pure and simple that's me.