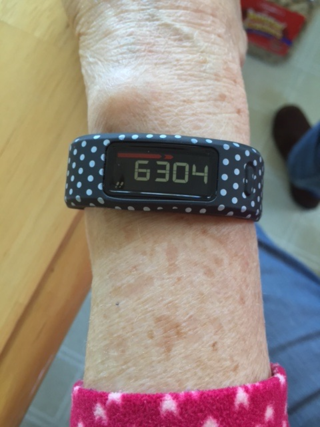 This was my wife's steps when we compared at the same time yesterday.

At Christmas, my wife and I got each other Garmin's Vivofit, a wrist watch type device to record the number of steps walked among other things.

It has brought out the competitive side in each of us.  It's getting to the point where we look for opportunities to take trash out, get something out of the garage or go to the freezer in the basement.  Of course, we walk everyday. 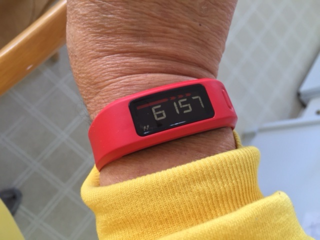 This was my total number of steps at mid-day yesterday. 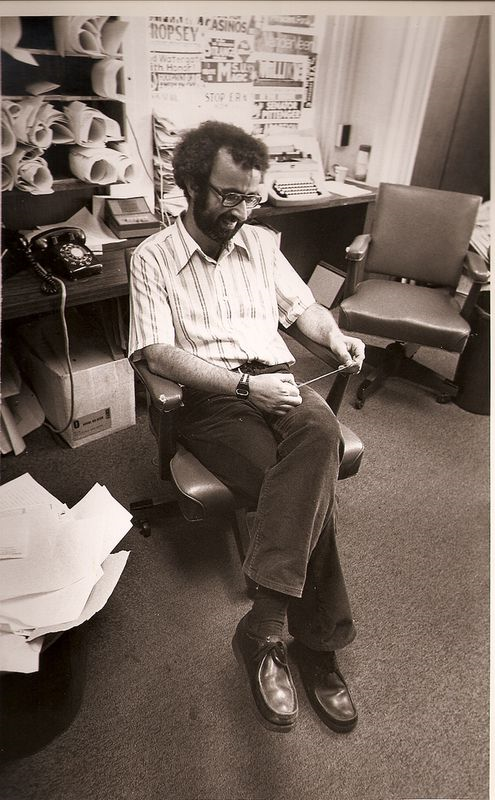 This is me taken in the House Pressroom at Michigan's State Capitol. For 12 years, I managed activities in this complex of rooms behind the House Chambers.

I have three grandchildren who will grow up with a plethora of news sources available on the internet, but never experience old-fashioned newspapers and journalists who worked everyday with a passion to tell both sides of a story.

I would covet the opportunity to sit around the family dinner table and tell them about what drew me into the field of journalism.  When I graduated from MSU's School of Journalism back in the late sixties, most reporters felt like they had received a special calling to serve the people.

To be the eyes and ears of people who read your stories was considered a real privilege.  It was that feeling that kept me sitting through many, many long city council meetings in a variety of locations.  And when I didn't understand something, I would ask for an explanation.  Many times, I'd ask to have something repeated twice or three times just so I'd get it right.

During the career I met many amazing people and some who were despicable.  But I had taken a pledge to listen and to tell their story without prejudice.

This past summer, I remember my four-year-old grandson Xavier laughing about how I asked more questions than he did.  On long car rides, he and I talked about everything.  I'd ask him if he had ever seen a shark, whether he had ever held a snake and about his favorite dinosaur.    I love learning about people.  That's one of the reasons, I became a reporter.

Over the years, I acquired a big stack of newspapers covering major historical events like presidential elections and 9/11 and many more.  If they want to see a real newspaper, I gave them to my son Justin to share with them.

Journalism is going through turbulent times right now.  But, I hope they understand it's historic importance to our way of life.  Reporters are a lifeline for our democracy and our way of life.

I want them to know that part of me.  I'd love to tell them in person someday.  But, just in case, I'll try to use this blog. 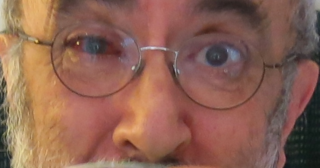 The lens in my right eye has run amuck for the fifth time.  I've had four different ophthalmologists examine it with one saying it has completely come loose and others saying it's partly attached, but flapping around.  What does this mean?

Right now, I have double vision most of the time.  I also have trouble reading, including the web on my new 27-inch monitor attached to my laptop.

Here's the fix:  on May 13, two surgeons will work on taking out the lens and replacing it with a new one that will be placed in front of my iris.  It's about a two hour surgery that has risks, but appears to be the only way to fix it.

To be honest, it would be easy to let the condition of my present vision, the surgery and the uncertainty consume my thoughts.  With my wife's help and with the help of family, I am going to work hard to avoid that.

But most important is turning this over to God.  It easier said than done.  Even so, I just have to do it.  I pray fervently that he will give me that kind of faith.

Our pastor, Jeff Manion of Ada Bible Church, shared this prayer a few years ago.  He says he starts everyday by asking God to give him the grace to trust him everyday.  "Dear Lord, I am asking the same."

I will report on the next leg of my eye journey from time to time.  Today, I will teach myself how to use my cell phone to dictate posts right into this blog, just in case, I can't see well enough. 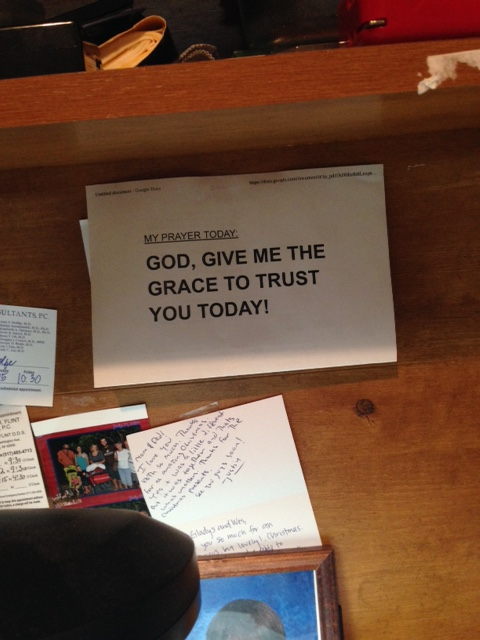 I have my pastor's prayer taped to the back of my desk.