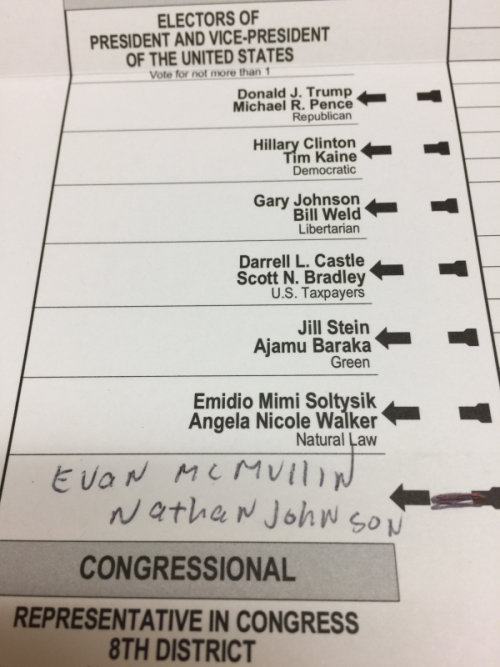 I'm glad we early voted today.  If turnout was any indication at the early polling station, it will be wicked busy on election day when it will be more fun to stay home and watch the returns on television.

My first vote for president was in 1964 when I voted for Barry Goldwater.  Democrats made him out to be a wild man who could not be trusted.  Even though he was a Republican, he was closer to being a Libertarian.  He was very principled, but effective in his duties as a United States Senator.

Fast forward to our current season of political polarization where political types are running around like they have partisan distemper.  I listened and I asked a whole lot of questions.  I was not convinced by either candidate.  They both fell short of what I felt was necessary to be a good president.

Many of my Republican friends put a bullseye on my back because of my lack of enthusiasm for Donald J. Trump.  I was told that not voting would result in more abortions and a move away from conservative values.  Hmmm. . .

I resolved that today when I wrote in the name of Evan McMullin for president. It's hard to ignore his experience and his values.  He little to no chance of winning, but I feel good about what I did. It was warm enough to take a selfie with my wife while waiting for "trick and treaters."

We had about 80 "trick or treaters" in our Lansing neighborhood tonight.  The kids were extraordinarily polite and most had parents with them.  How do you manage sitting on the front porch in mid-Michigan on the very last day of October?  It's not a mind-numbing cold, but it leaves an impression after an hour.

While shopping at our Meijers yesterday, we picked up a bottle of Witches Brew from Leelanau Wine Cellars in Traverse City.  This spice wine is best when hot and after two minutes, it has an aroma that talks to your nostrils and a taste that distracts you from the cold air while you're sitting barefooted on the porch.

All-in-all Halloween 20016 was a success.  There were lots of little kids who were old fashioned cute and there were a lot of dads with them.

Now it's time for me to go to my Instagram Direct and see how my five grandkids living in other states celebrated the occasion. 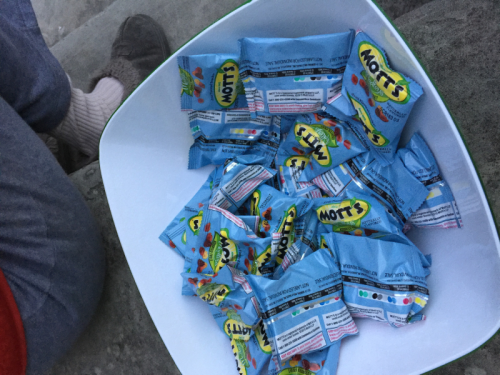 No chocolate candy bars at our house. While sitting on our front porch, we saw a steady stream of kids. 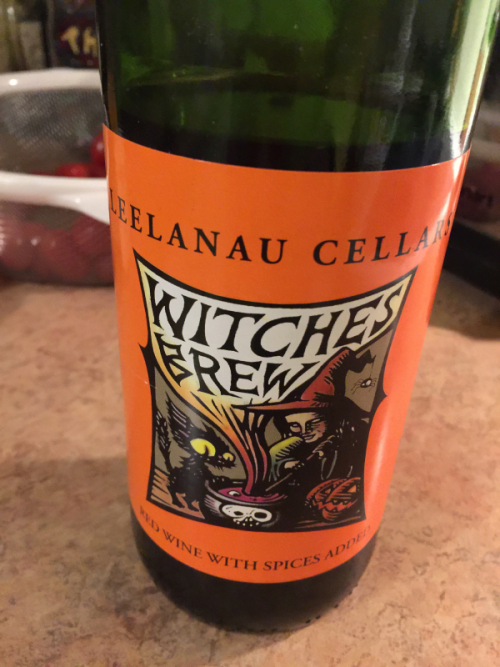 Have we really reached the point of violent revolution if Trump doesn't win? 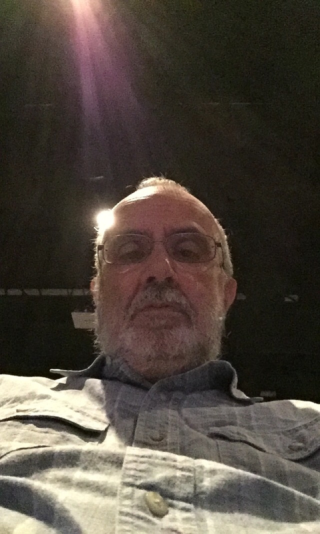 I had barely hit my corner of the couch this morning with my iPad in hand when I read this story from the New York Times about how Trump supporters were ready to start or they would expect violence if their guy isn't given the election.

This is definitely worth a read regardless of whose side you're on in this election.  This is pretty extreme talk from people who call themselves conservative and it needs to be talked about.

Have we really reached that point where people need to start marching to and taking over State Capitols if their guy doesn't win.

Who is stoking this kind of response?  Is it the Republican candidate?  Is it guys like Franklin Graham, the son of evangelist Billy Graham, who says election day will be the most important day in this country's history?  Also, consider that many if not most of Trump's supporters describe themselves as followers of Jesus Christ.

What's happening?  Is the New York Times manufacturing this or does it reflect the sentiment of a lot of people?

What will we wake up to on November 9, the day after the election?  Will there be violence in the streets? 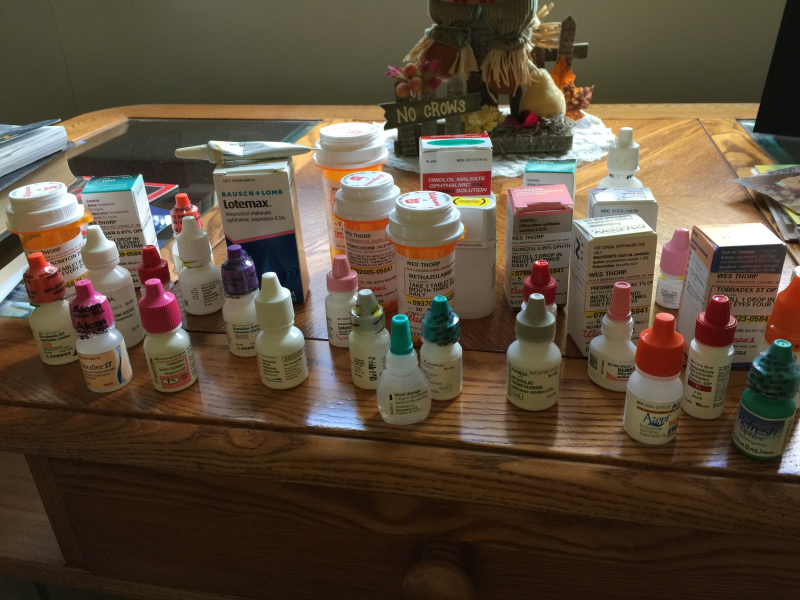 These are my left over eyedrops mainly from 2013 when I had several eye surgeries and struggled with a glaucoma that had a mind of its own.

I found these unused eyedrops while going through cabinets, cupboards and crates as my wife and I clean up our house to put it up for sale.  In the process, I found these leftover drops tucked into a little blue bag that they gave me after one of several eye surgeries in 2013.  It was during that challenging year that I learned a lot about the amazing design of the eye and how it's connected to the brain.

At the same time, I got to know a lot of ophthalmologists and their assistants who have nerves of steel and who can pinpoint nuances in the behavior of your eyes.

A key part of my recovery and ongoing treatment are eyedrops.  Some worked and some didn't.  They helped me recover from surgery for a lens in my right eye that wouldn't stay in place  and had to be replaced or repositioned several times.  They have also been key in managing the pressure of my chronic open angle glaucoma.

The above picture shows the extra drops that I had and have expired. 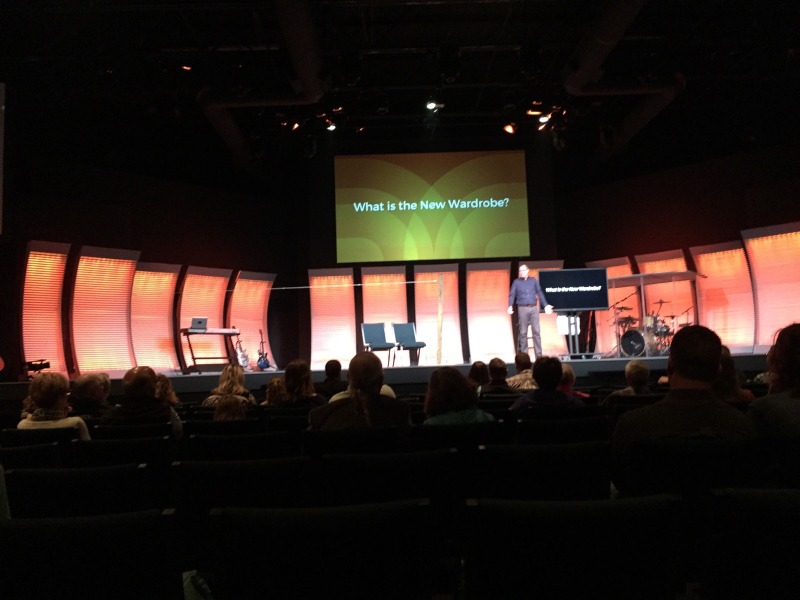 Great question from the sermon this weekend at Ada Bible Church.

This is the second time it's happened to me after hearing a sermon at church--Ada Bible Church.  It would be too easy to nod my head in assent at what Pastor Jeff Manion taught, talk about it with my wife on the way home and then get involved during the week in projects around home.  My heart is saying "don't forget this" and "work to make this part of my life."

The sermon was part seven of a series from Colossians with the title "The New You."  Part of me says I'm way too old for a new me.  Then I feel my chest on the left side and find that my heart is still beating.  Nope, I'm not done yet.  I'm still alive.  Jesus says there can still be a new me in the spiritual sense.

The teaching was based on Colossians 3:12-14 and it involves the way that Christians interact with each other and with non-Christians.  Others have irritated and frustrated me and I know I've been the same way towards them.  How do you escape that?  I've tried on my own and the results have been less than mixed.

According to the text for the sermon, I am to adopt in my heart compassion, kindness, humility, gentleness and patience in my interactions with others.  Doing this requires power from the Holy Spirit.

But, I need a constant reminder.  That's where the tattoo comes in.  If I was in my twenties, I'd consider having these five attributes put on my arm, so I could always see them.  Then when I'm in the restaurant with my wife and the waitress is really show, I'd be able to quickly look on my arm.

There was one other sermon where I felt the same tattoo urge.  It was from the first few verses of Ephesians about our identity in Christ.  The pastor reduced it to a few words, Remember Who You Are.  I am an adopted son of God.  My identity doesn't come from the one who threw me off the train, but the one who picked me up.

I look forward to this week.

How important is it for me to walk everyday at age 70? 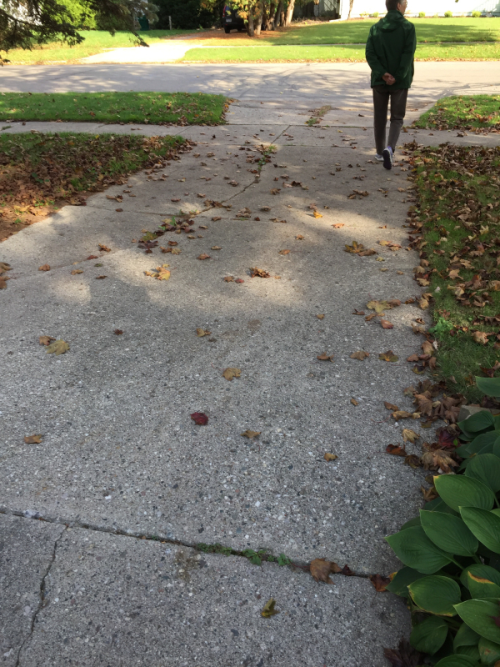 Here we are just starting our walk in the neighborhood.

I know that health issues start to rear their  ugly head at my age.  I've been blessed and lucky rolled together with my health.  I know that I've veered in and out of bad habits.  Only real problem is glaucoma and some other eye and vision issues.

What about exercise?  When I was younger I was an ardent jogger and ran in several fun runs.  It was a habit that saw me going to the YMCA every morning and one that allowed me considerable latitude in what and how much I ate.

Now I'm moving into golden years where health problems can develop quickly.  Jogging is out.  My wife and I walk.  We use an iPhone app Runkeeper to track them, the distance, the route and time.

The challenge will be maintaining momentum as our northern weather gets colder and we have more snow.

A question for other senior citizen types:  How do you maintain an exercise regimen during the winter?  Walk in the mall?  Treadmill?

I met Brandon Eck, the spark behind the redevelopment of Newton, Kansas while visiting my son and daughter-in-law in Last Vegas.  Eck was a pastor at a small church that catered to those who worked in the casinos.  He moved back to his hometown of Newton with a vision in his heart.  It's starting to come together.

Lots of cities, including mine, are in need of reinventing themselves.  It seems to be happening in Newton.

Can it happen in Lansing, Michigan? 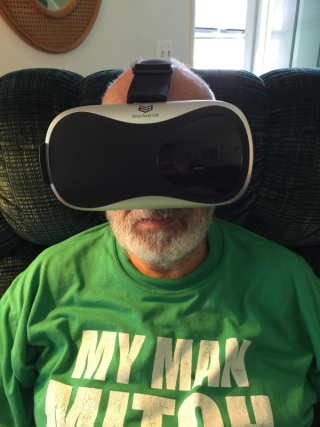 Hillary Clinton will win and that's reality and it's not virtual

My 32-year-old son--Justin Thorp--and I talk at least three or four times a week, either using text messaging or on the phone.  It might be just a couple of minutes, but we cover a standard set of topics, like family, his kids, developments in the tech world, autonomous vehicles and politics.

Yes, we have talked about the upcoming presidential election.  I rely on him to question my thinking and I think he does the same with me.

And we both agree that the polls are conclusive.  Hillary Clinton will be the next president of the United States.  It's not something that would get either of us to run out our front doors and dance through the streets.  But there's the reality that she will be elected.

There's another reality about the country being fractured into warring groups of voters.  Christians are fighting among themselves about who would make the best president.  Many are cheesed off at each other to the point where they are not talking.  It's brother versus brother in many instances.

In our various conversations over the past two weeks, Justin and I have talked about the need for reconciliation between warring factions.  That includes those who want to projectile vomit when they hear Clinton's name.

Is God bigger than Hillary Clinton and the U.S. Supreme Court?  Is there any answer other than yes?

I think not.  Anybody disagree?

Like Casey Neistat, it's not a matter of being for Hillary Clinton, it's being against Donald J. Trump

This YouTuber, Casey Neistat, has a clear view about our two presidential candidates.  The choice is clear to him.

Listen to what he has to say about Donald Trump and how his election would affect our country.  He says one candidate is prepared for the job and the other isn't.  He says it's a matter of character.  One candidate would take our country to new lows on the measure of personal integrity.

The video is less than three minutes.  But reduces his view to a point that's easy to grasp.

Who is he?  Casey is one of the top 10 YouTubers in the country.  He's popular with Millennials and Gen Xers.  Millions watch his vlog everyday. 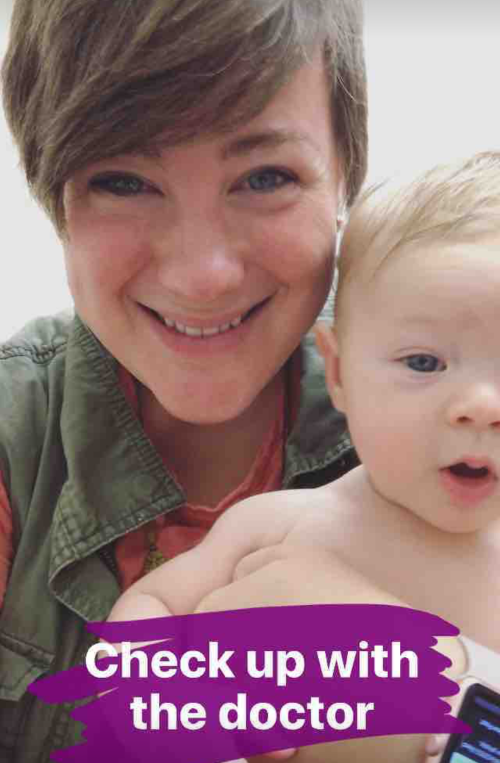 I'm really proud of my daughter-in-law--Lauren Thorp--who celebrates her birthday today.  She might be a number of states away but we are thinking of her and thanking God that she's part of our family.  She loves God, our son and their two kids and constantly shows love for extended family members.

As a parent, my heart smiles when I watch my son's family develop and grow.  With Lauren, I've never seen Justin happier.  They really complement each other.  They share the same values.  They have many of the same interests.  She supports him and vice versa.

They are entering new chapters of their lives as they further establish themselves.  They will face plenty of new issues.  But, I'm confident that they will do it with aplomb.

Happy Birthday Lauren.  Enjoy the day.  Gladys and I are really proud that you are part of the family.