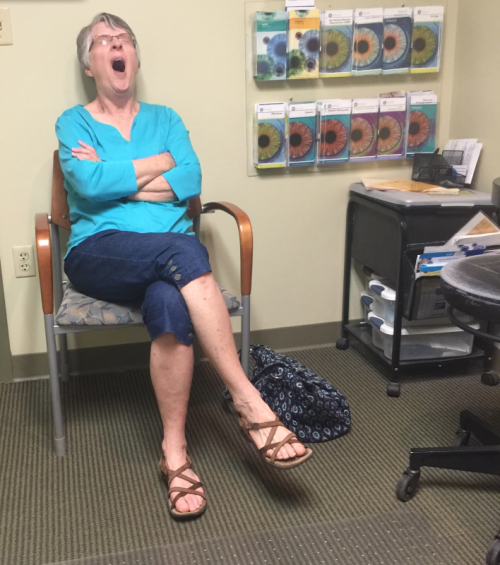 We had just gotten in from our vacation before my appointment with my glaucoma doctor.

My wife and I had just gotten into the Lansing-area about two hours before an appointment with my glaucoma surgeon to be checked after my cornea transplant.  She goes in with me to the exams to listen for what I miss from this usually soft-spoken group of doctors.  And, it has become even more important to have her in appointments now that I'm wearing somebody else's cornea.

I bet she has been to 75-100 appointments and 11 eye surgeries.  My vision journey isn't over yet, I'm sure.    Knowing that she's doing this with me makes it doable.

She has a strong faith in Jesus, one that has moved mountains. 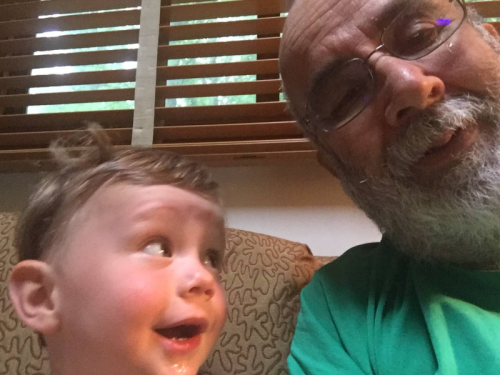 If my youngest grandson Jacob asked me how grandma and I met, here's what I'd tell him.

He's my youngest grandson and he and I spent a lot of time together this past week when our family spent four days together for a special vacation at an Airbnb on Lake Michigan.  He's talking more and more and many of his words are intelligible, at least, I thought I recognized many of them.

As part of our family celebration of birthdays and our 37th anniversary, my son-in-law Adam Jones, an ordained pastor conducted the ceremony on the shore of Lake Michigan near Union City.  My oldest grandson Xavier was my best man, our oldest granddaughter Gretchen was Gladys' maid of honor.  Our grandson Miles was ring bearer and the other two were cheerleaders. 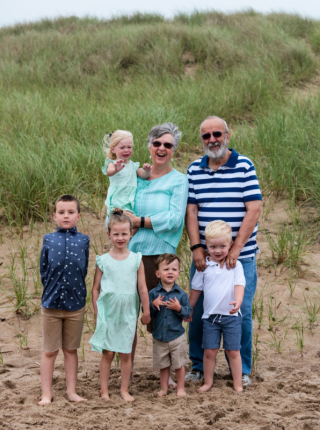 During our time together two-year-old Jacob seemed to be asking me about how grandma and I met.  He listened carefully as I told him about how we met at the church where I grew-up.  She was the third grade teacher at the school I attended in the late 1950s.  Our courtship was done in phases that involved a couple of matchmaking late aunts.

We reached a point in our relationship where God was like Blake Shelton on the Voice using his big finger to point over Gladys' head and say it was her.  "Marry her."  At the time, I wasn't shopping for a wife and Gladys wasn't  looking for a husband.  It just happened.

During this period, we'd have many Saturday morning breakfasts at Bay City's Char House where we'd eat blueberry pancakes and drink coffee.  I came to one conclusion that God was right.  She was the one.  That was more than thirty-seven years ago.

Not having a flair for the dramatic, I visited Gladys in her classroom one day and got out my checkbook and went to the calendar and asked her what would be a good date to get married.

That was almost four decades ago.  Best thing I've ever done was marry Gladys.  She loves me unconditionally, but she loves Jesus even more.  That's what makes our relationship work.

It was a great family vacation.  God has given me more than I can appreciate. 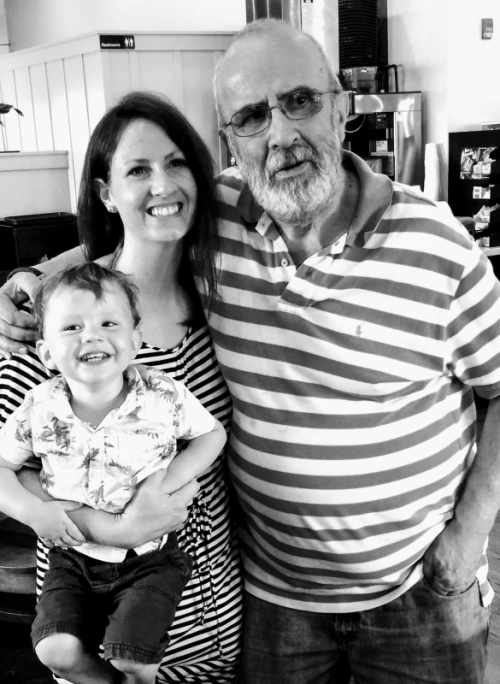 Lots of guys including myself have a "father wound."  My dad took off when I was 18 months old.  He just completely vanished leaving my mother without a penny other than her determined desire to survive.  This was right after World War II.

Growing up, this experience left me feeling that I was permanently branded as totally unqualified to be a father.  Then a series of happenings helped change my mind gradually.  A little guy I was playing catch with grabbed my hand as we were crossing the street and called me "dad."  I liked it.

Then I met my wife.  Call it what you will, a Holy Spirit moment opened my heart to the possibility of having kids when we were talking marriage.  Then two weeks after we got home from our honeymoon in Mexico, we found that she was pregnant.  That was the beginning of an adventure that continues with five grandkids.

Yesterday, we had dinner with our daughter and her family.  I remember my excitement the day she was born.  I was floating on a cloud.  My wife had trouble prying her away from holding her.  That feeling still exists.  Now especially with her kids and family.

Can a guy with a bad father experience become a good dad?  I don't know how it happened, but the best thing that ever happened to me was meeting my wife, getting married and having kids.  That father adventure started with Krista who is now a mom of three.  Was it a God thing?  Has to be.

And we have a son Justin who is married with two kids.  This picture shows him with his three-year-old son.  I remember vividly when the doctor handed me the forceps to cut his umbilical cord.  I was totally excited to have a son. 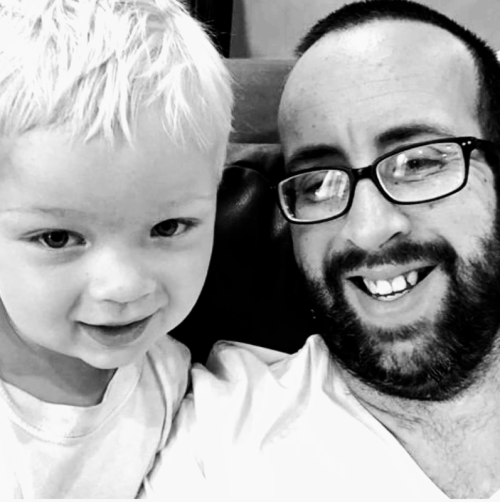 My son Justin with his three-year-old son. 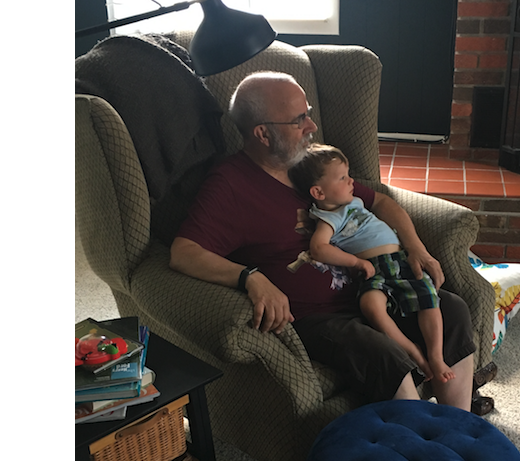 It was early Saturday morning and I found myself reliving my early days as a parent when you watched cartoons with them.  No more Popeye or the Jetsons or Yogi Bear.  Tastes among the younger crowd have changed.

Here my youngest grandson sits on my lap while my wife and daughter are out shopping together for clothes for when my wife and I renews our wedding vows next week on a Lake Michigan beach.  It will be part of a family vacation with all the kids and grandkids.