Meet the old bat who lives on my back deck

It's a quiet, sunny and warm Monday afternoon and my wife was just casually looking through the screen door to our back deck when she saw it.  It was a bat trying to find just the right spot under the umbrella on our back deck.  My wife got nervous about opening the back door, but I did it anyway and got this video clip of the little critter with impressive little teeth.

When I had a day job I worked around a lot of still and video photographers at all kinds of news happenings.  They brought the world to the viewers.  There were some who would hang in there shooting an event even when they were in dangers.

I stumbled into this link from a wildfire in the Los Angeles area.  The reporter and photographer were doing a story when the fire moved within 30 yards of them.  The shooter kept his iPhone shooting video while they were hurriedly collecting their equipment.  You can almost feel the searing heat from the fire, as well as the immediate threat they were facing as they drove out of danger.

Most news video these days is predictable and, quite frankly, boring.  This video is not and it's worth watching.

Do you carry an iPhone in your pocket or purse?  Have you used the time lapse feature of the video camera?

I'm determined to learn how to effectively use its video features to tell a story or to just do a raw recording of an event like today's snow storm.  It's snowing hard and I did this through our bedroom window.  I have more to learn about time lapse, but I like my start, maybe even during the storm. 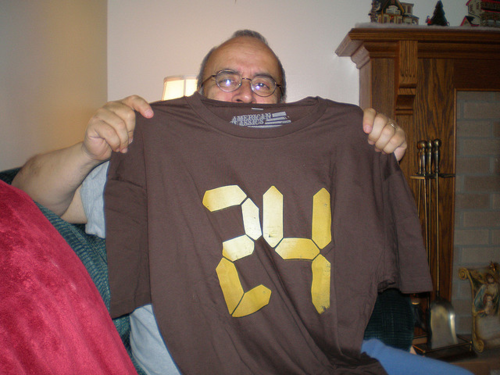 I can really find a whole lot of excuses to not blog.  I can tell myself that nothing is happening in my life that's blog worthy.  I can use the excuse of my eyes and not being able to see the way I'd like to.  The list could go on and on.

The kicker is that I like to write, but when I think about it my neurons go every which way about doing it later.

Then I watched this video by Casey Neistat, a youngish New York City filmmaker, who shoots video mainly for YouTube.  His worldwide following is immense.  He has a daily vlog, a blog done with video that depicts his life with a great deal of transparency and artistry.  He's a real content creator who tugs at the interest of those who watch him.

In the vlog below, he talks about how he almost skipped that day's offering.  He had all kinds of excuses.  His life was pretty boring that day and he thought he might skip it.

Then he changed his mind.  He needed to create video to keep his juices fresh.  So, he motored on with this offering.  He said, he needed to fire-up and create.  Go to the two-minute point in this vlog.  That's what I must do too.  So, here goes.

Check out the cops in Lowell, Michigan where super-wife and I are looking at houses

My wife and I were just in this town--Lowell, Michigan--yesterday for lunch at to continue our quest to find a house near our church in Ada.

We have reached the point in our life where the nest has been empty for awhile and while having four bedrooms for the two of us can be fun, we really don't need the space.  Lowell seems like a really nice small town and it's within 15 minutes.

The cops in this video seem to have a real attitude and it's incredibly positive.  Do their actions here reflect their everyday demeanor or is this an exception?

Here's what it looked like on November 29, 2011 in Lansing, Michigan

Here's a video clip of what it looked like in our front yard exactly three years ago.  It does snow here in mid-Michigan in November and this is proof.  This is for out-of-state family members who have been asking.

Not everybody's brain is wired to make change or to count back change in their heads.  I know that mine isn't.  My wife, a retired third grade teacher, showed me a chart she used to teach the skill in her classroom.  When she did it, I recorded it with my Flip video and then put it up on YouTube.

Every so often I get a comment from somebody reacting to the video.  As adults, they are looking for help when they get to the cash register.

How does your dog react when the cat steals his bed?

I love watching videos of relationships between cats and dogs.  Somehow, they manage to live together in some kind of harmony.  What happens when a cat sleeps in your dog's bed?  Big fight?  Watch this compilation of video experiences where this happens.

A video letter to my grandson Xavier in Eastern Europe

When your grandkids live far away you need to be inventive. I have three grandchildren, two live in Eastern Europe and one who is pre-born in Las Vegas. I made this with my iPhone after I blew snow on my sidewalk, driveway and that of some of the neighbors.

Could Dylan Ratigan of MSNBC be right about the United States having a bought U.S. Congress?

When you have time this is worth a look.  It's Dylan Ratigan of MSNBC talking about why Washington, D.C. is getting us mired in a morrass of partisanship and impotence.  After the expected snowstorm today and tomorrow, I'm going to watch it again.

He says we have a "bought" Congress.  It all revolves around money in politics.  It's hard to rebut.

But could the over-arching problem be character, that of the members of Congress and the people who elected them?

LANSING ICE STORM: Watch and share this video of Board of Water & Light communications director 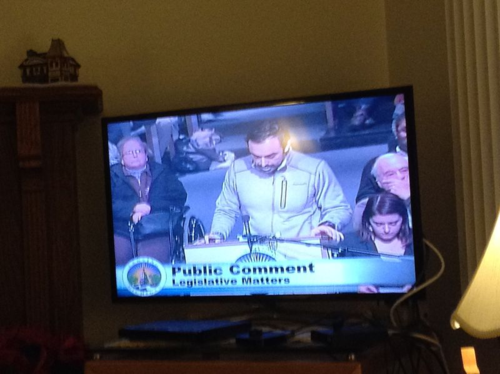 We watched the "ice storm" meeting on television from our living room.

I watched for more than three hours last night as Lansing-area citizens recounted how they felt the Board of Water & Light left them down in last week's brutal ice storm.  Most of the complaints centered around really botched communications.

At last night's Lansing City Council meeting, BW&L communications director Steve Serkaian was asked by MSU Journalism Prof. Bonnie Bucqueroux about the communications plan that his boss had promised to distribute the next day.  It never materialized.  In this video, Prof. Bucqueroux asked about the plan in a very respectful way.

Check Serkaian's response.  How would you grade it?  On a pass-fail basis, what would you give him?  Is it time for a new communication leader at the board along with a total revamping of policy and practice?

Getting ready for 2014 with Hillsong's "I Surrender"

I'm not sure what challenges this next year will bring, but I'm sure there will be some.  I know that I need to stay focused.  For me, it's a constant effort to keep my needle on true north.  I don't want to forget where my strength and my purpose come from.

This song from Australia's Hillsong Church seems to be right on the mark.  I need to keep it on the top tier of my playlist.  I know that my heart can get off-center.  The words of this song can help me refind it.

Video can be a real gift to anyone trying to get a sense of a public official's response to a question or circumstance.  Take this short video of how Board of Water & Light General Manager Peter Lark responded to a question about whether the utility had an emergency plan for responding to ice storms.

As a customer, do you feel more confident that they had it under control and that they had a plan in place to respond to a severe ice storm?  He promised that such a plan would be shared.  Has anybody seen it?

Check Mayor Virg Bernero's sideline response about ending the news conference because of blunt and direct questions.  Was his response appropriate?  How would he and Lark rate as a listener in your mind?  Excellent?  Adequate?  Inadequate?

Thanks to MSU Journalism Prof Bonnie Bucqueroux for the video and for Todd Heywood in asking the question.  Here's the video:

This is a great video that shows the importance of service dogs and the role they play in the lives of individuals.